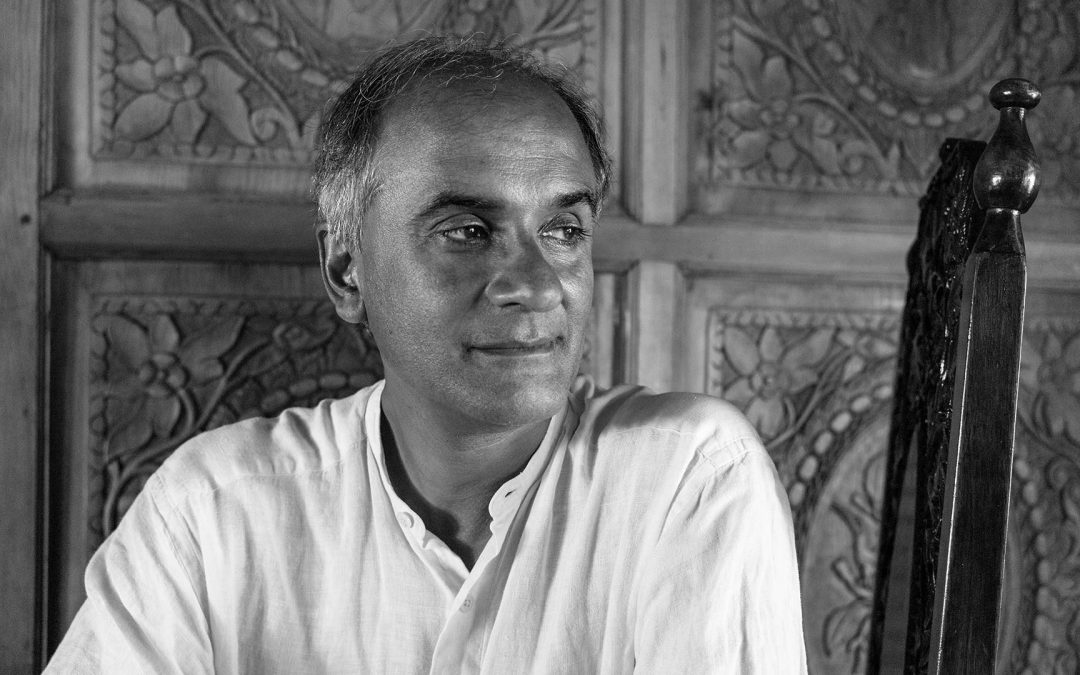 Visionary author Pico Iyer, known for insightful travel books and talks around the world, will be the new keynote for the 2018 North Words Writers Symposium in Skagway, Alaska May 30-June 2. Iyer will take the place of Susan Orlean, who had to cancel this year but has committed to be the keynote in 2019.

Iyer has written numerous magazine pieces and books, from his first Video Night in Kathmandu, while working for Time magazine, about the influence of Western cultures on 10 Eastern nations to his bestselling The Open Road, chronicling his more than 40 years of traveling with the Dali Lama. The New York Times Book Review called it “a trenchant, impassioned look at a singular life.” His most recent book is The Art of Stillness, from his popular TED Talk series about the need to open up space in crowded lives.

Our faculty is rounded out by a cadre of authors whose extraordinary talents and accessibility qualifies them to mentor North Words participants. Ernestine Hayes is a Tlingit author whose first book, Blonde Indian: An Alaska Native Memoir, received an American Book Award and was a finalist for the PEN Nonfiction Award. The Tao of Raven is her latest book, a work that weaves memoir with Raven, trickster and bringer of light. Hayes is the current Alaska State Writer Laureate, an honor held previously by another faculty member, Frank Soos. Soos is author of several books, including a memoir, Bamboo Fly Rod Suite, and a short story collection, Unified Field Theory, which won the Flannery O’Connor Award for Short Fiction. He is a professor emeritus at UAF.

Poet and UAS English professor Emily Wall returns to North Words in 2018 to continue practicing her considerable skills as mentor and guide to developing writers. She has two books published with Salmon Poetry: Liveaboard and Freshly Rooted. Her third book, Breaking Into Air: Birth Poems, is forthcoming from Red Hen Press.

In his first visit to North Words, Ketchikan artist-author Ray Troll, brings wicked humor and strategic marketing to the event as the creative force behind 10 books including Shocking Fish Tales!, Cruisin’ the Fossil Freeway, and Sharkabet. His images, often featuring fish and/or dinosaurs, comprise a pop sub-cultural movement bound to cover the world with “Spawn ‘til you die” t-shirts.

From the Pacific Northwest, we are pleased to welcome two authors, one of whom is also a veteran recording artist, the other an aviation historian. Willy Vlautin is the author of four lauded fiction novels and a fifth (Don’t Skip Out on Me) out in February. Vlautin is also founder of Portland-based Richmond Fontaine, an Americana band with 11 albums. The writer-musician now heads a newer band, the Delines, whose latest recording garnered the Oregon Music Hall of Fame’s 2017 album of the year.

Colleen Mondor is a pilot, writer, historian, and reviewer whose eclectic background seemed perfect to fill out our faculty. Author of The Map of My Dead Pilots: The Dangerous Game of Flying in Alaska, Mondor has contributed hundreds of aviation articles to Alaska Dispatch News. She is currently at work on a book about the 1932 Mt. McKinley Cosmic Ray Expedition.

The North Words staff is raconteur Buckwheat Donahue, publisher-historian Jeff Brady, publisher Katrina Woolford, writer-educator Daniel Henry, and novelist/poet John Straley. Henry is the author of a new history book from University of Alaska Press: Across the Shaman’s River: John Muir, the Tlingit Stronghold, and the Opening of the North. Straley’ latest book, 100 Poems of Summer from Shorefast Editions, was released in November, and his next novel, Baby’s First Felony, is forthcoming in August 2018.

Registration is filling up for the ninth annual symposium to be held May 30-June 2, 2018. Interested participants are encouraged to act soon as our limit is 40 participants. For more information, please visit our website at https://nwwriterss.com/