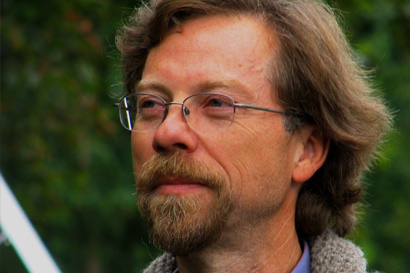 Adjunct professor of communication for University of Alaska Southeast-Sitka and Lane Community College, Eugene, Oregon, Daniel Lee Henry is a lifelong student of rhetoric and communication on the cultural fringe. He coached high school and university debaters over four decades, including University of Alaska debaters to the national championship in 2002. Henry is the founder of the Alaska Native Oratory Society, a statewide organization promoting Native American oral traditions in a performance-competition context. Since 1980 Henry’s writings have appeared in many publications, including seven collections of literary essays like the Pushcart Book of Essays, Book of the Tongass, Traveler’s Tales Alaska, and the forthcoming Cold Snaps: Literary Snapshots of Alaska (Univ. of Alaska 2010). Henry was awarded the Pushcart Prize for nonfiction in 2000 and earned a Pushcart Special Mention in 2004. Author, radio producer, dramaturge, teacher, and remote settler, Henry lives with his psychotherapist wife and twelve-year-old son on the roadless side of a bay near Haines.