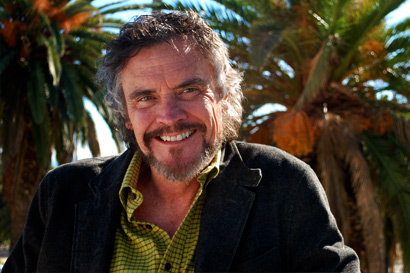 Dave Hunsaker is an Alaskan screenwriter and playwright based in Juneau, Alaska, and Santa Monica, California. As a screenwriter, he has written for directors Robert Redford, Norman Jewison, Julie Taymor, Stanley Donen, Carroll Ballard, Arthur Hiller, Guillermo del Toro, Mel Gibson, and Roger Donaldson, among others. He has also worked with such producers as George DiCaprio, Edward Pressman, David Skinner and Samuel Hadida, along with actor Leonardo DiCaprio. He has written for Fox 2000, Fox Searchlight, Warner Bros, Disney, and HBO. For ten years he was Artistic Director of the Juneau-based Naa Kahidi Theatre, an international touring company of Native Alaskan artists. His play “Yup’ik Antigone” had a sold-out run in New York and twice represented the USA at festivals in Europe. For five summers he was writer-in-residence for the Breadloaf School of English, Juneau campus. He has written four plays for the New York-based Mettawee River Company, and has had numerous pieces staged at LaMaMa ETC, as well as other theatres in Los Angeles, San Francisco, and elsewhere. He is a recipient of the Alaska Governor’s Award for the Arts and a Fellowship for the Arts in New York. He is a Fellow of the Sundance Institute, a member of the Writers Guild of America and is an adopted member of the Lukaaxadi Clan of the Tlingit Nation.