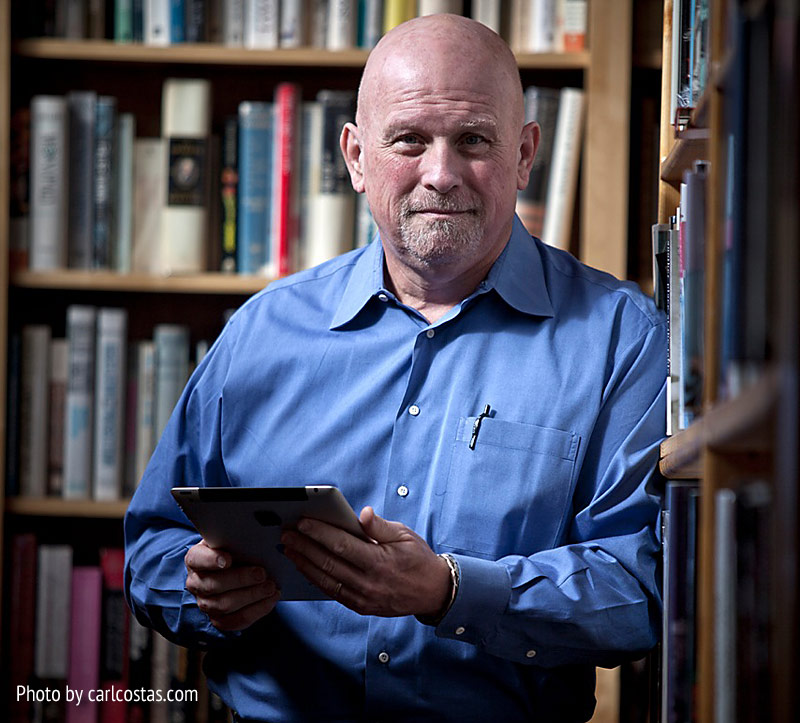 Howard Weaver was born in Anchorage in 1950 and for many years when people asked if he’d lived in Alaska all his life he simply said “not yet.” That joke no longer applies, since he moved to Northern California in 1995, leaving his job as editor of the Anchorage Daily News to work for its parent company in Sacramento. Along the way he touched nearly every base in the journalism game, from sports writer to investigative reporter. He was a writer and editor on both ADN projects that won the Pulitzer Prize for Public Service (1976 and 1989). Weaver also worked aboard a gill netter in Cook Inlet, on a beach site in Bristol Bay and cannery in Naknek, and on construction sites and paving crews. He left the newspaper business in 2008 to work as a writer and consultant and in 2012 published Write Hard, Die Free, a memoir of the 20-year newspaper war between the Anchorage Times and Anchorage Daily News. He is now working on a novel he is sure will be better than the one he left in the drawer. He spends most of his time now writing and tending fruit and olive orchards at Redwing Ranch in the Sierra foothills with his wife Barbara Hodgin. Details and links to career highlights can be located via www.howardweaver.com.